In early October, the Spring Branch-based manufacturing and robotics company ARC Specialties made news for donating a $150,000 Kuka welding robot to the Texas State Technical College in Waco. It was just the latest act of generosity from the 33-year-old business, which has also donated equipment to LeTourneau University and Texas A&M. Dan Allford, who founded the company in his Houston garage in 1983, said he feels a special obligation to help keep manufacturing alive in the United States.

“We’re one of the last manufacturers of large robots in America,” he said during a recent tour of the company’s headquarters on Stebbins Drive. “They’re now being built in Germany, Austria, Sweden, China, and Japan. It’s terrible—we’re systematically destroying our industry in America. And we feel so strongly about it that we donate equipment to schools.”

ARC Specialities has become a world-renowned manufacturer of custom robotics and machinery, having installed its products in 20 countries across every continent except Antarctica. “In the last year we’ve installed robots in Romania, Singapore, Brazil, Mexico, and Canada,” Allford said. “I wouldn’t be working in places like Russia and China if we had other competitors who do what we do. I have friends all over the world.” He showed me a corkboard covered with currency notes from the many countries where he’s done business.

Allford has degrees from the University of Houston and Texas State Technical College and worked at Baker Hughes before leaving to start his own company. He was a programmer who had always been fascinated with robotics, and thanks to his technical degree at TSTC he was also an expert welder. “There are very few programming geeks who can weld,” he explained. One of his new company’s first contracts was to build and install a hot-tap cone for the smokestack of a plutonium plant in Idaho. “I had to work inside a pipe, so it was a confined space. It was radioactive—it was great,” Allford said with a laugh. “I was 24 at the time, and I remember thinking that if the government knew a 24-year-old had built this part in his garage, they might have reconsidered.”

Although he grew up in Austin, Allford knew the right place to open a manufacturing business in Texas was Houston, and the right place in Houston was close to the Energy Corridor in Spring Branch. Until recently, ARC Specialties has gotten most of its work from the oil and gas industry. The recent oil slump has compelled them to broaden their client base, however. “The oil crash has encouraged us to diversify, so we’re doing more defense, plastics, aerospace, and space.”

Because America has lost so many manufacturers, ARC Specialties now has to custom-build many of its own tools, like specialized welding equipment, that used to be mass-produced. That’s another reason Allford thinks it’s so important to help American technical colleges stay up to date with the latest technology. “Personally, I believe that the only three sectors of the economy that actually create wealth are manufacturing, mining, and agriculture—everything else just redistributes wealth,” he said. “So I’m proud to be part of one of the segments that produce wealth.” 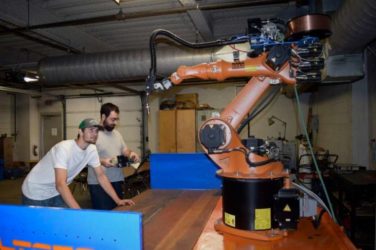 Texas State Technical College in Waco’s Welding Technology program received a Kuka welding robot valued at $150,000 from ARC Specialties in the Spring Branch area of northwest Houston. ARC Specialties designs and builds automated machinery for welding, pipeline manufacturing, and the oil and gas industries.
“It’s important that the students get access to the newer technology,” said Jim Walker, a welding technologist and certified welding inspector at ARC Specialties. “It doesn’t do any good if they don’t ever touch the equipment and have to learn about it once in the industry.”

Mark Watson, a TSTC welding technology instructor, said the robot will give students a way to learn technology they may encounter in the industry. He said a robot like the one from the company can be used in the automotive industry on assembly lines.

“I want them to be able to operate it,” Watson said. “You also have to learn how to program and repair it.”

Robots typically perform about 10 percent of tasks across the manufacturing spectrum, but this is expected to increase to 25 percent worldwide by 2025, according to the Boston Consulting Group, a private global management consulting firm specializing in business strategy.

“It’s taking over the skill level of your welders,” Watson said. “Nowadays, it’s hard to find the skilled welders. Students need to be on the global playing field with technology.”

Walker, along with Dan Allford, the company’s owner, and Randy Ellington, project manager, and process specialist, all have associate degrees in welding technology from TSTC in Waco.
“We all enjoyed going through the program at TSTC,” Walker said.
“We are still involved in welding and deal with welding on a daily basis. It’s been something all three of us have loved to do,” Walker said.

ARC Specialties is also represented in the Welding Technology program’s Advisory Board. Watson envisions securing more technology through partnerships with other companies in the future so students can be more competitive for jobs. 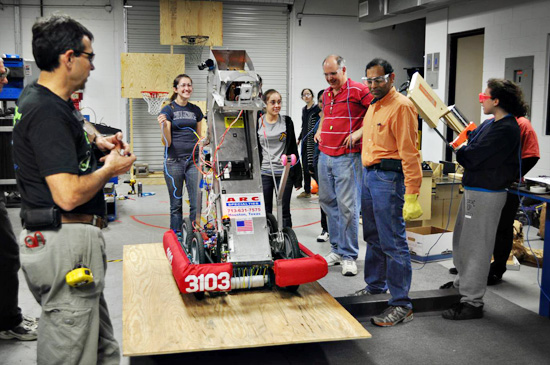 FIRST (For Inspiration and Recognition of Science and Technology) hosts annual robot competitions for youth ranging from elementary schools to high schools and each year brings a new completive game with new rules that challenge students’ technical skills.

Every year high school students across the U.S. like Team “Iron Plaid” scramble to design and construct robots for the FIRST Robotics Competition. This year students in Houston, TX had access to new manufacturing equipment that allowed students to let their robot-building imaginations run wild thanks to the local support of automated manufacturing systems company ARC Specialties, and welding equipment company Lincoln Electric.

President of ARC Specialties Dan Allford for years has opened the doors to his company’s manufacturing headquarters for local robot teams to weld, machine, wire and construct their robots along with the mentorship of ARC’s engineers. This year ARC Specialties called upon Lincoln Electric who donated a brand new welding unit to several high schools to weld together their robots.

The generous donation adds to a growing number of resources in the Houston area that helps high school students build better robots and inspire them to enter careers in science and technology. 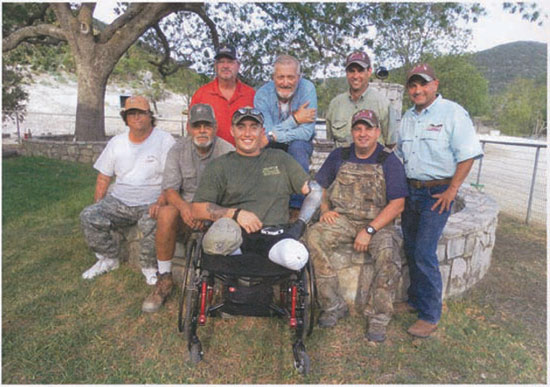