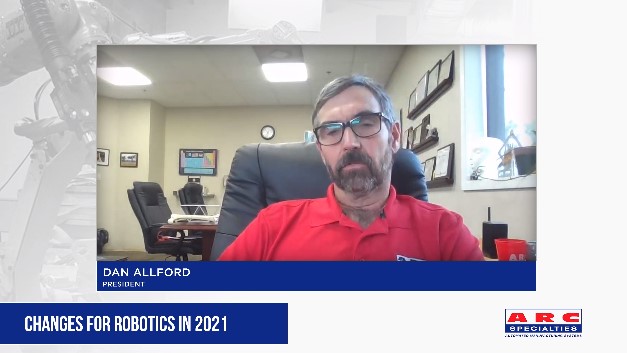 As the world reopens, the accelerated pace of automation will likely not only pick back up in the United States – it could begin to move even faster. 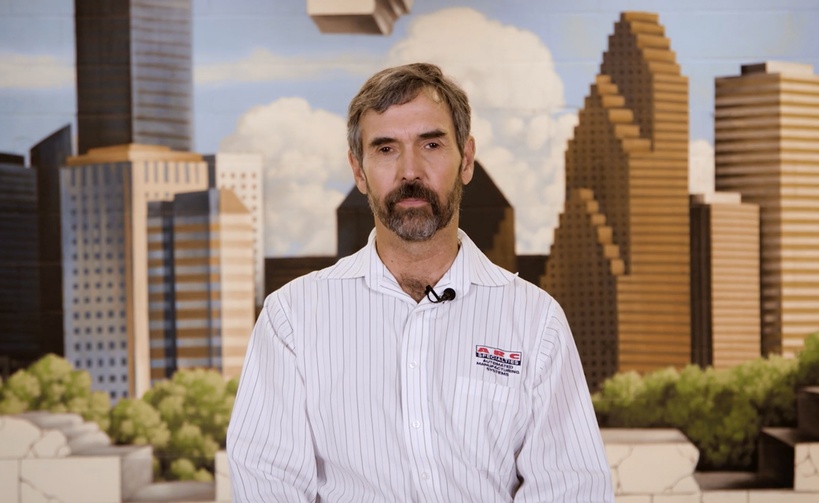 One of my hobbies is teaching. I have been blessed with many great teachers over my life and feel obligated to share what I have learned. I teach kayaking, self-defense, welding, race track driving, and robotics, which is today’s topic.

This Robotic Hardbanding System is an automatic welding machine that is used for applying tungsten carbide to tool joints and pipe. The project was completed in Summer 2016, and is available for purchase from ARC Specialties in Houston, Texas.

Robotic cells built by ARC Specialties may be customized with other robotic applications like TIG or MIG welding, plasma cutting, plasma transfer arc welding, and other manufacturing processes.

Bonnie Harcrow-Hall is Featured on Opportunity Houston Magazine Cover. The Greater Houston Partnership Focuses on Manufacturing in Houston for the Spring 2016 Edition of the Magazine.

The full text in the article reads,

ARC Specialties, founded in 1983, specializes in automating manufacturing for the petrochemical world. Currently, the Houston company is focusing on its capacity to build robots for all industries. ARC currently has the power to customize robots from three of the top robot manufacturers in the world, used for a range of manufacturing jobs, from welding to cutting to assembly.

“ARC robots can automated manufacturing using a large variety of applications,” said Lindsay Burck, Marketing Coordinator. “Any kind of welding: MIG, TIG, submerged or plasma arc; any kind of cutting, drilling, tapping, inspection, spraying, gouging, grinding, lapping, assembling and palletizing. But what ARC Specialties is most known for is troubleshooting and solving manufacturing problems that manufacturers may not even know are there.”

“We were recently in a factory and noticed that the manufacturer used eight to ten employees to polish one five-ton ball valve at a time,” Burck said. “This production shop had four to five employees standing on stools holding and directing the polisher above their heads, and needed another four to five employees behind each of them to keep each other from falling.” ARC proposed having the manufacturer use a robot to do the polishing, and custom-built the Robotic Precision Lapping System for it.

“Almost all of the robots built here are custom made,” Burck said. “People know us for proposing solutions in a unique way, and for solving problems that haven’t necessarily been addressed before.” One example, she said, is ARC’s Flexible, Multi-Directional, 360 Degree Robotic Drill and Tap System for Motors, which is a 7-axis robotic system—six axes on the robot: pitch, rotation, and yaw of the wrist, plus the base rotation of robot and two linear arms. “The robot is five times less expensive than the traditional CNC machine tools used for these types of jobs today,” Burck said. She also noted, “It’s also more accurate than the old machining methods. This robotic system can go plus or minus by one-thousandth of an inch.”

Looking ahead, Daniel Allford, President and Founder of ARC Specialties, believes robotics will become 75 percent of ARC’s business—currently it’s 40 percent. “As a machine builder, we recognize that robots are more and more useful,” Allford said, “and comprise more and more of our business, especially as robots become increasingly able to automate processes that weren’t previously feasible to automate.

“It’s ironic,” he added, “that the USA, with its high labor cost, is 7th in the world for total robot usage. The U.S. has one-third the number of robots per employees as South Korea,” he said. “Next to other industrial countries, this shows vast room for improvement in the GDP and other markers of productivity, and we look forward to doing our part.”